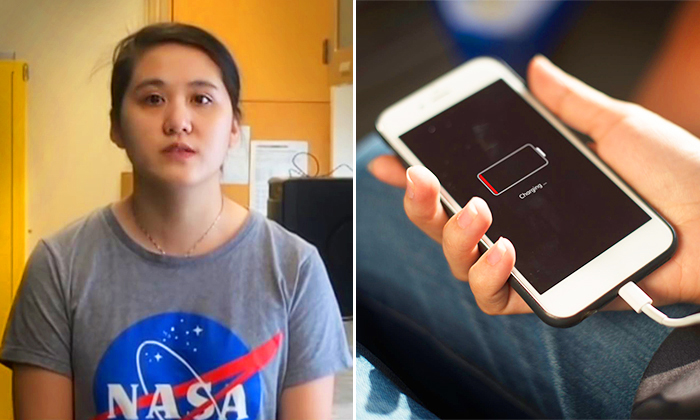 A University of California Irvine student may have stumbled upon an invention to end your phone-charging woes for good. And that’s just the tip of the iceberg of where that could take us as a society. Forget about your phone; the world would be a different place without ever having to worry about replacing car batteries, and imagine the uses that it could have in space exploration. Technology is the ultimate wildcard.

A battery that lasts a whole lifetime is now one step closer to becoming a reality thanks to Mya Le Thai, a PhD student who’s been researching how to make better nanowire rechargeable batteries. In theory, her discovery could lead to a battery that lasts centuries—as long as 400 years.

She made the discovery while studying the properties of gold nanowire for commercial batteries. Typically, the gold filaments lose their integrity (and the battery dies) after 5,000 to 6,000 recharge cycles—“seven thousand at the most,” adds Reginald Penner, head of the chemistry department, who called Thai’s discovery “crazy.”

Nanowire is thousands of times thinner than a human hair; the increased surface area of the microscopic wire allows greater storage and transferring capacity for electrons. Researchers have been trying to use the material for a long time.

By coating the gold nanowire in a type of electrolyte gel, Thai was able to create a circuit that withstood an unprecedented 200,000 charge cycles in the span of three months of testing, during which time there was no loss in performance, nor were any nanowires fractured by repeated use. Mya had just been “playing around” when she made the discovery by applying the gel, says Penner.

With a charging capacity that is off the charts, Thai’s invention could eventually lead to a commercial battery that never requires a replacement. They could be used to power everything from computers to phones, from cars and appliances to spacecraft.

Yet, the invention is still in its infancy. The researchers at UCI still don’t know why the electrolyte gel preserves the gold nanowire even under so much use. At the same time, they are looking into less expensive alternatives to gold, according to Business Insider.

In the meantime, we can all keep moaning about having to charge our phones three times a day when they’re only less than a year old, dreaming of the day when phone chargers fall by the wayside entirely, just like our old CD players, floppy disks, and flip phones.