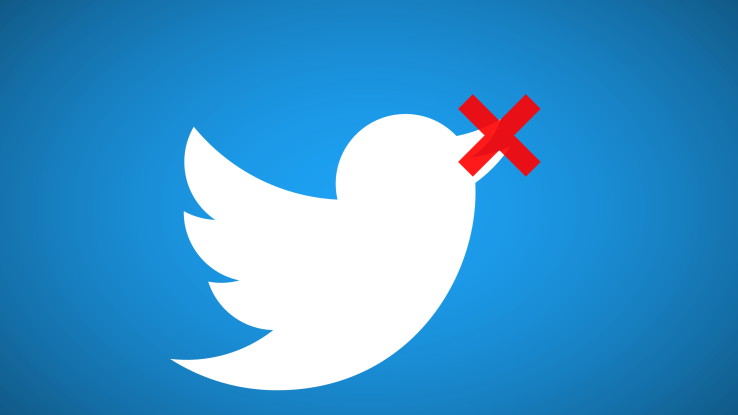 A number of Twitter users are joining in a 24 hour boycott of the platform today, organized around the hashtag #WomenBoycottTwitter, to draw attention to online harassment on social media, including how women’s voices are silenced by bullying and abuse.

If you can’t join #WomenBoycottTwitter b/c of your job or other reasons, consider using the day to amplify women’s voices. pic.twitter.com/GvBmkVqvF8

The boycott follows the temporary suspension of actress Rose McGowan’s Twitter account earlier this week after she had been tweeting about sexual violence against women, and specifically about the allegations coming out against Hollywood producer Harvey Weinstein.

Twitter yesterday claimed McGowan’s suspension was the result of her disclosing a phone number in one of her tweets.

However critics have pointed out that Twitter appears to apply its own policies selectively — including its policy of not disclosing information pertaining to individual accounts.

when will nuclear war violate your terms of service? https://t.co/72FiiyoZ59

And many Twitter users continue to criticize the company for repeatedly failing to ban abusive users and for allowing its platform to be used to carry out targeted harassment.

The 24 hour boycott was apparently spontaneously organized by a San Francisco based software engineer called Kelly Ellis, after McGowan’s account was suspended.

Individuals opting out doesn’t seem to make a dent. What if #WomenBoycottTwitter for one day (along with men who stand with us?)

#WomenBoycottTwitter Friday, October 13th. In solidarity w @rosemcgowan and all the victims of hate and harassment Twitter fails to support. https://t.co/G0my9EyKpQ

It’s not clear how many Twitter users are joining in the boycott today. It’s not only women getting involved, though; some men have also said they are boycotting Twitter for 24 hours in solidarity with the cause.

Although some women have specified they are not joining in because they prefer not to self-silence — saying they believe it’s important to make women’s voices heard by continuing to speak out.

Big ups to those participating in #WomenBoycottTwitter but the foundation of my feminism is about NOT being silenced.

There’s another hashtag for this protest: #WocAffirmation.

The spokesperson also reiterated a portion of the statement from that thread, saying: “Twitter is proud to empower and support the voices on our platform, especially those that speak truth to power. We stand with the brave women and men who use Twitter to share their stories, and will work hard every day to improve our processes to protect those voices.”

It’s certainly true that Twitter’s platform is used to amplify feminist voices — such as via the @EverydaySexism project’s account which regularly retweets women’s stories of sexism and harassment.

Equally, the company continues to provide a platform to misogynists, racists, neo-nazis and white supremacists — thereby enabling the spread and amplification of hate speech. (Whereas in Germany it does offer a nazi filter to comply with local hate speech laws. So the company is choosing to allow nazis to tweet elsewhere on account of prioritizing ‘free speech’ — to the detriment of individuals and groups who are singled out for hate speech.)

The company’s most recent transparency report suggests abusive behavior on its platform is the biggest political concern relating to Twitter — with the vast majority (98 per cent) of complaints it receives from governments pertaining to “abusive behavior”.

The report reveals Twitter received nearly 16,500 reports from government officials over this type of content between January and June this year.

It was not previously breaking out government reports into different categories so it’s not possible to compare how this has evolved over recent years — but it’s certainly one to watch going forward.

Twitter does not disclose how many reports of abusive behavior it receives from all its users.