The world’s most popular password is depressingly easy to guess 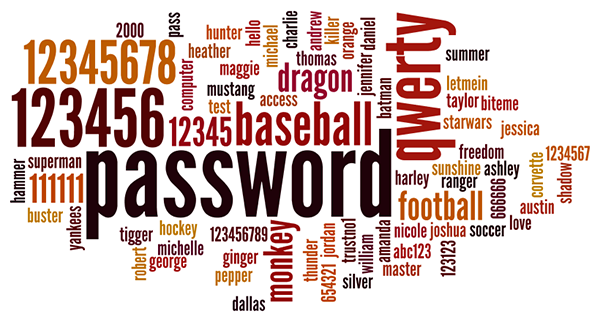 The world’s most popular password is the depressingly easy-to-guess 123456, according to a massive analysis of 10 million leaked passwords.

Throughout 2016, we saw numerous major data breaches leaking people’s login details online. Some were new — like the hack of adult dating site AdultFriendFinder — while others, like LinkedIn, were years-old, but the data only recently surfaced online.

In both cases, these breaches have provided researchers with an unparalleled look at the security habits of millions of people — and it’s not pretty.

Security firm Keeper trawled through 10 million records that leaked in 2016, and found that a shocking 17% of people used the basic, insecure password 123456. (We heard about the analysis via The Register.)

“Looking at the list of 2016’s most common passwords, we couldn’t stop shaking our heads,” the researchers wrote in a blog post. “Four of the top 10 passwords on the list — and seven of the top 15 — are six characters or shorter. This is stunning in light of the fact that, as we’ve reported, today’s brute-force cracking software and hardware can unscramble those passwords in seconds. Website operators that permit such flimsy protection are either reckless or lazy.”

What’s more, Keeper says, recommendations about good security practices are just failing to get through to a lot of people.

“The list of most-frequently used passwords has changed little over the past few years,” it writes. “That means that user education has limits. While it’s important for users to be aware of risks, a sizable minority are never going to take the time or effort to protect themselves. IT administrators and website operators must do the job for them.”

Longer passwords can be harder to remember. But that’s not an excuse to just use qwerty. Security experts recommend that people use a different, strong password for each service or website they have an account with, storing them with a password manager app if necessary. That way, if one service you used is breached, your accounts on others aren’t compromised as well.

And you should also activate two-factor authentication whenever possible, so that even if your password is exposed, attackers still can’t get into your account without access to your phone.

On a long enough timescale, everyone gets hacked. But by not using — and re-using — weak passwords, you can limit the damage.

Finally, here’s the full list. If any of your passwords are on here, change them immediately.