The US is still the leader in requesting data on Twitter users, but other countries are catching up 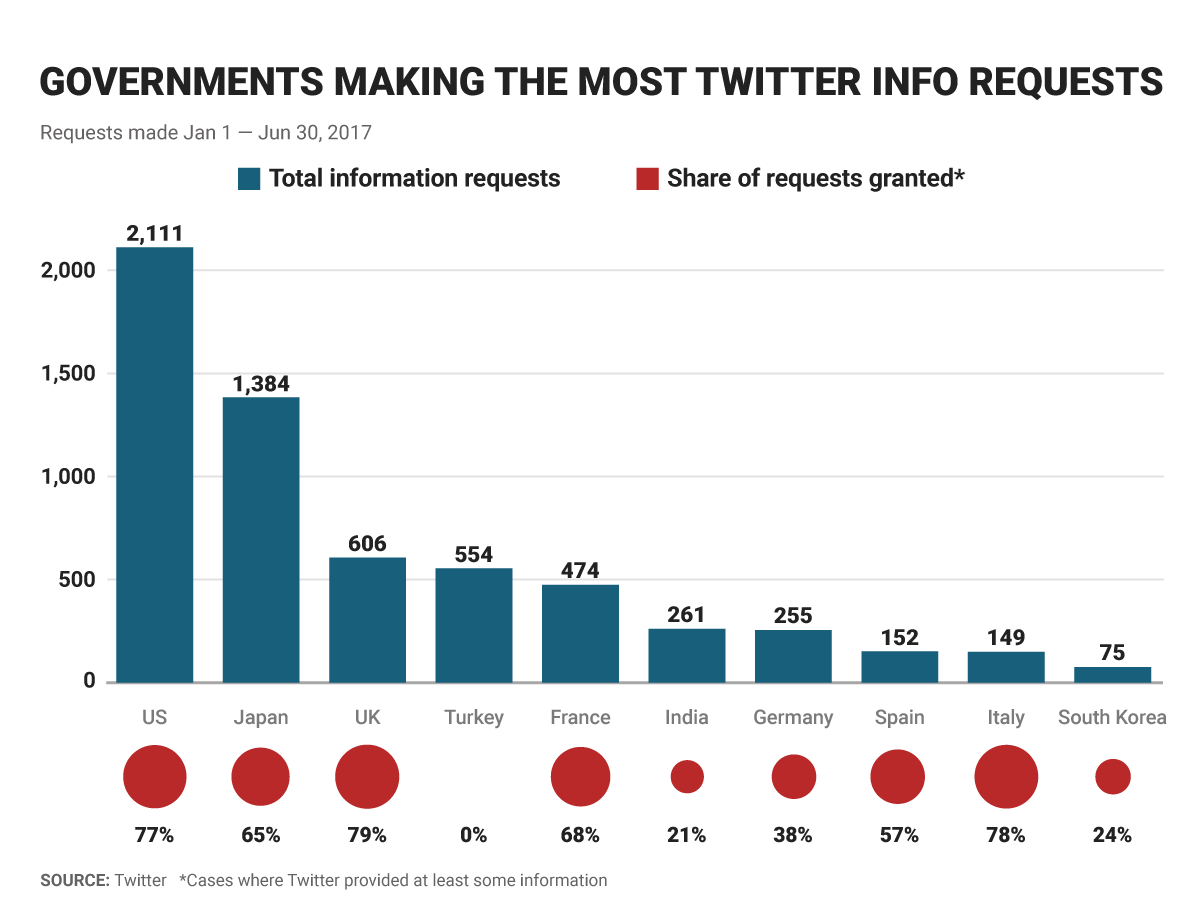 When it comes to requesting data on Twitter users, the US remains the leader among governments around the world. But other countries are quickly catching up.

According to the latest transparency report from Twitter, information requests by the US fell to 2,111 in the first half of this year. That was down 8% from the second half of 2016. Even with that drop, other countries still trail far behind, as we can tell from the chart from Statista, which is based on Twitter’s data.

But if you’d looked at a chart of the data from the previous reporting period, the US would have had an even bigger lead. The number of information requests coming from Japan jumped 42% from the second half of 2016 to the first half of this year. India made 55% more requests in the most recent period, compared with the one immediately prior, and South Korea 63% more.

Just because a country makes a request doesn’t mean Twitter hands over the information. In its report, Twitter said it pushes back against such requests whenever possible. Before handing over user data, it considers the nature of the crime, whether government followed the correct legal processes in making their requests, and the kind of information government are requesting. While the company granted the vast majority of requests coming from the United States so far this year, it denied all of the ones Turkey’s made.