The trackball mouse is back after seven years 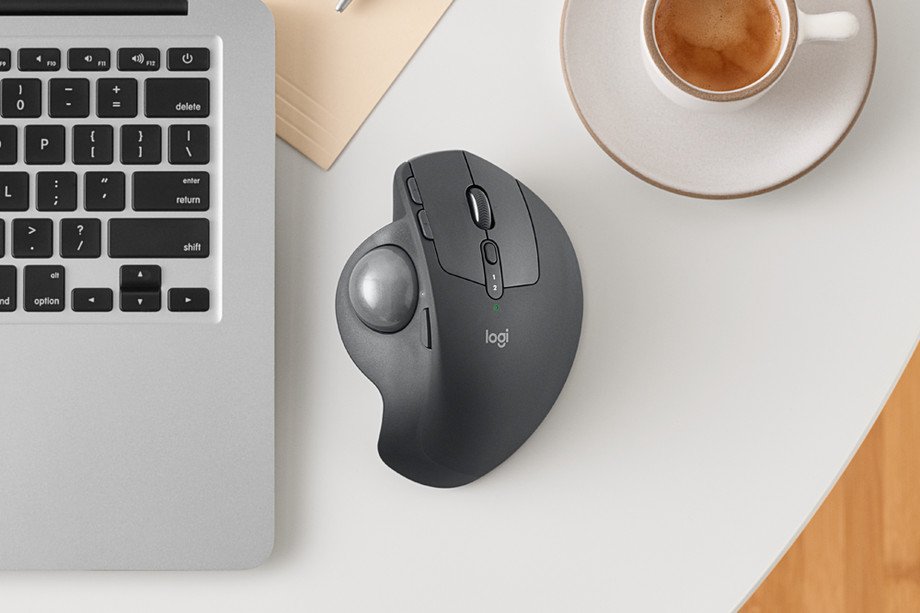 The year is 2017, and Logitech is releasing a new trackball mouse called the MX Ergo. Yes, you read that right: the trackball is back, folks.

If you’re not familiar, the trackball mouse is an odd relic of a past computing age, when an actual argument took place as to whether or not it was more effective to move a physical mouse around (i.e., normal mice) or accomplish the same task by anchoring the mouse in place and manipulating the cursor through a giant plastic ball on the side instead.

While conventional mice seem to have won out — Logitech’s most recent trackball mouse was the M570, released back in the heady days of 2010 — there are still trackball aficionados out there that maintain that the trackball is the only way to roll.

And if you are a trackball fan, there’s a lot to like about the MX Ergo. Designed to be a trackball alternative to the company’s excellent MX Master S2, the MX Ergo shares a lot in common, with customizable back/forward buttons, a similar industrial design, and support for Logitech’s multi-computer Flow feature. Navigation is done through the giant grey trackball, which includes a dedicated precision button that switches the cursor to a dramatically slower tracking speed for small adjustments.

The mouse itself is comfortable to use, nestling nicely in the hand like a solid, smooth stone. And a magnetic base allows the MX Ergo to tilt from a level position to a 20-degree angle with an incredibly satisfying clunk that, if nothing else, is remarkably cathartic to fidget with.

The MX Ergo can either connect over Bluetooth or Logitech’s Unifying receiver. The company claims that users will get around four months of use off a charge, although like the other MX mice, Logitech is still using Micro USB instead of USB-C.

The other big disappointment is the scroll wheel, which sadly isn’t the fantastic ratcheting one found in the MX Master S2. Instead, Logitech has put a rather pedestrian scroll wheel on the MX Ergo, albeit one that does offer additional left and right tilting options instead.

The MX Ergo is expected to ship later this month for $99.99.