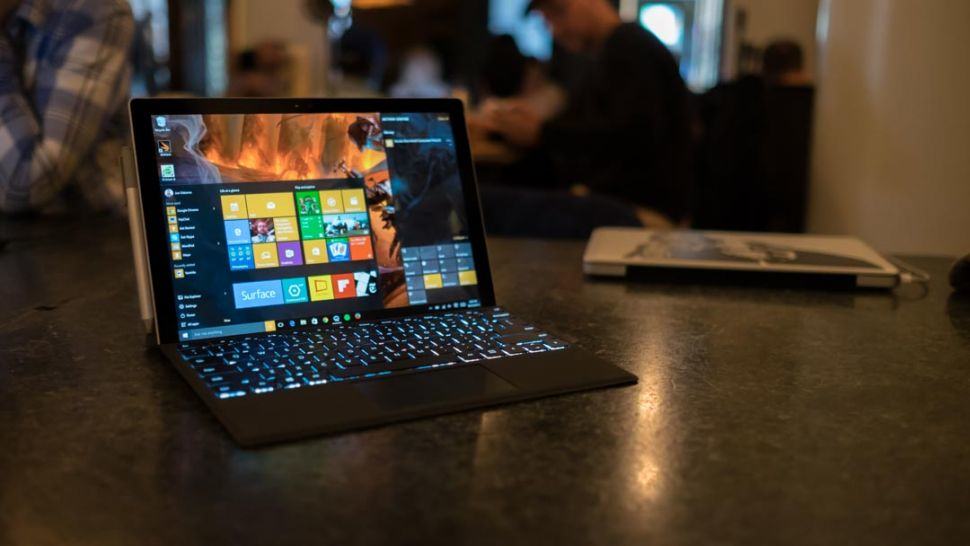 What we want to see in the Surface Pro 5

After a year with the impressive, commercially successful Surface Pro 4 we might add, naturally we tech lovers are already thinking about its successor.

In fact, rumors of a Surface Pro 5 release date have been floating around the internet since the current model was launched onto store shelves. The keyword there is “rumors”, however, as very few of those reports are citing trustworthy sources.

That goes without mentioning folks clamoring across message boards, like Reddit, for their most desired features and improvements. (Can you guess the most popular one? It rhymes with “flattery.”)

Cut to the chase

As reported earlier in 2016, the second major update to Windows 10 was delayed until spring of next year to correspond with a new hardware launch. Purportedly, this lineup would consist of the Surface Pro 5, Surface Book 2 and potentially the yet-to-be-confirmed Surface Phone.

However, a Surface Pro 5 could accompany an all-in-one Surface PC, during its alleged unveiling on October 26. If a recent trademarking leak is to be believed, Microsoft’s latest hardware could be officially known as Surface Studio.

Moreover, with Intel’s Kaby Lake processors having just shipped, it wouldn’t be out of character for Redmond to push back the hardware a few extra months, allotting itself time to get comfortable with the new architecture.

That said, a handful of NFL head coaches have recently begun eliminating Surface Pro 4 use in spite of an ongoing partnership with Microsoft. As for the next model, the company is unlikely to compromise on reliability given the complaints from a rather lucrative source of revenue.

Take a look at the history of the Surface Pro tablets and you’ll notice that the pricing rarely fluctuates year after year.

With that in mind, it’s likely we’ll see the Surface Pro 5 start at $899 (£749, AU$1,349) and escalate from there depending on spec configurations and bundled accessories.

Is there any chance that the final price will differ? Of course there is. Would it be smart for Microsoft to deviate too far from the standard it has predicated? Nope.

Regardless, the ball is in Microsoft’s court here, and the company will naturally preserve its bottom line if pricier new features are implemented as standard.

One piece of the puzzle regarding every new Surface is how Microsoft will upgrade its Surface Pen stylus accessory that comes bundled with each tablet. Patently Mobile uncovered back in January a patent filed by Microsoft for a stylus that features a rechargeable battery system.

Specifically, the patent details a magnetic charging dock built to give the new Surface Pen its juice, seemingly with connectors meant for a Surface Dock mounting. Such a venture makes a lot of sense for Microsoft, as the iPad Pro’s Apple Pencil currently has this exact edge over the Surface Pen, able to charge by awkwardly connecting to the tablet via its Lightning port.

What we want to see

Look, as much as we’ve been impressed by the Surface Pro 4, firmware issues aside, there will always be room for improvement. (That would be the case even if it had earned our Editor’s Choice award.)

From the screen size and resolution to the hardware inside, we have a few ideas for how Microsoft could craft an even better Windows 10 tablet.

This is a bit of low-hanging fruit, but countless customers have lamented the Surface Pro 4’s battery life – regardless of issues with its “Sleep” mode. We rated the device for 5 hours and 15 minutes of video playback.

That’s well below Microsoft’s promise of 9 hours of video playback, but we all know that few, if any, laptops actually meet their promised longevity. Our video playback figure is in line with the average laptop, though it’s a far cry from what its nemesis, the MacBook Air, can produce.

Ideally, and realistically, we’d like to see at least 7 hours of battery life reliably from the next Surface Pro tablet. That would put it closer in line with the MacBook Air as well as competing tablets, like the iPad Pro.

An even sharper (and/or bigger) screen

With the Surface Pro 4, Microsoft managed to oust countless rivals in both the laptop and tablet spaces when it comes to screen resolution. With a razor-sharp 267 ppi (pixels per inch) already at 2,736 x 1,824 pixels within a 12.3-inch screen, it’s not as if the Surface Pro 5 needs to be much sharper.

However, if the next Surface Pro were equipped with, say, a 4K (3,840 pixels wide at the very least) screen, that would rip its productivity and entertainment capabilities wide open. Film and photo editors could work at the native resolution that’s increasingly becoming the norm, while average Joe’s (teehee) could finally watch Netflix in 4K on a tablet.

That said, the realm of super sharp resolutions might be reserved for the Surface Book range at this point. So, why not up its size a bit?

The Surface Pro 4 is big enough for almost all tasks, but it’s still not the established default size for most laptops: 13.3 inches. Understandably, the point is for the Surface Pro to straddle both sides of the ever-eroding line between laptop and tablet.

However, maybe the iPad Pro is onto something with its 12.9-inch display. Plus, granted the resolution doesn’t bump up too much alongside a size increase, the extra space could allow for a battery life boost.

We saw the latest Google Chromebook Pixel and MacBook be two of the first devices to adopt the latest in USB technology, only for a growing number of smartphones, tablets and laptops to hop on board since then.

The reversible, versatile port (or two?) may be just what the Surface Pro 5 needs to alleviate the product line’s slight input/output problem. A single USB 3.0 port and a proprietary charging port aren’t going to cut it for much longer.

It helps that Microsoft has already well-tested the USB-C port within its new Lumia phones, so it’s practically a no-brainer to apply that same tech to the Surface line.

If scuttlebutt is to be believed, we’re about six months out from a release – plenty of time for the rumor mill to fire up. Stay tuned to this space in the coming months for the latest on things Surface Pro 5.