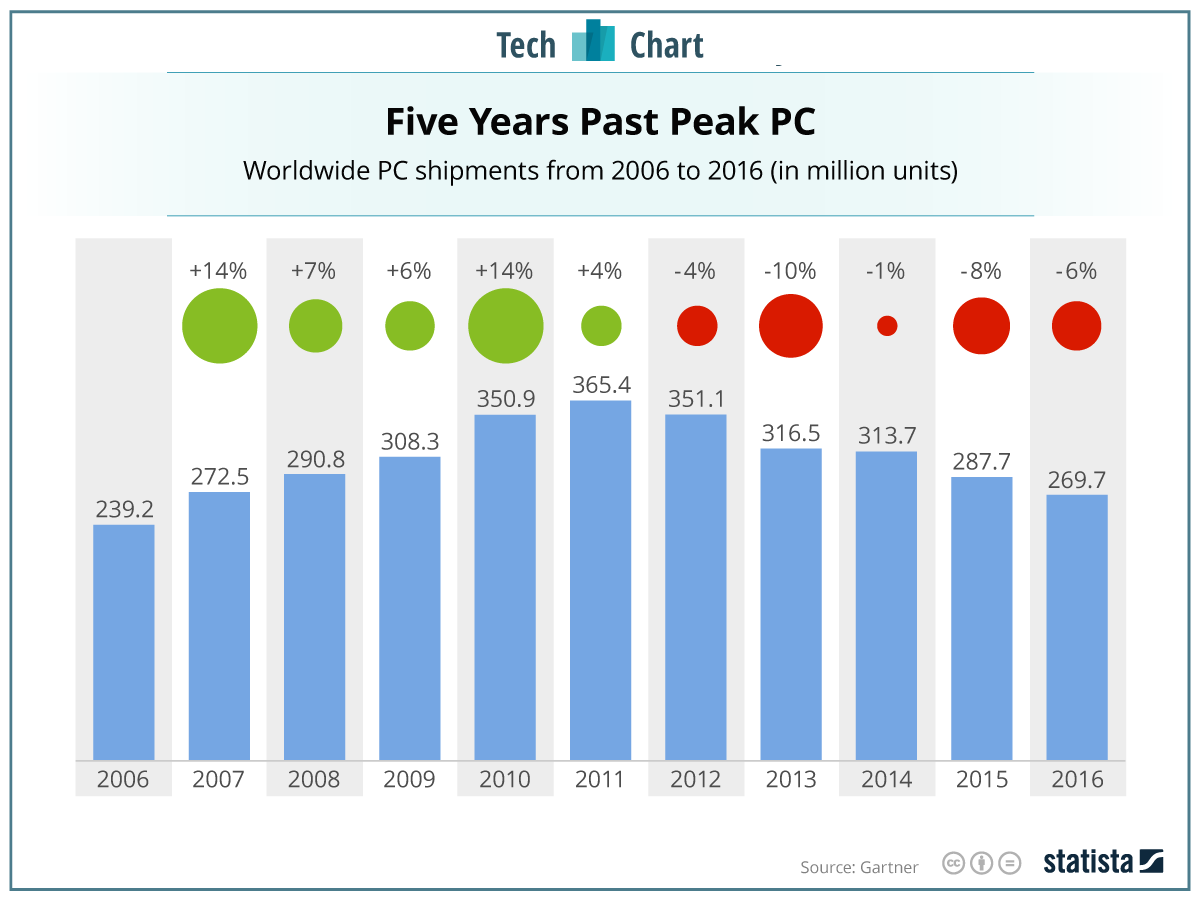 As the smartphone has become more and more capable, the traditional PC has seen less and less room for growth.

This chart from Statista makes it clear: According to recent data from research firm Gartner, annual PC shipments totaled 269.7 million in 2016. That’s a 6% decline year-over-year, the fifth straight annual decline, and the lowest total since 2006, when shipments were a hair under 240 million.

For what it’s worth, fellow research firm IDC came to a final tally of 260 million shipments, which it found to be a 5.7% yearly decline. It varies slightly in which form factors it counts as “PCs,” but the gist is the same.

Gartner and IDC differ slightly in where they see PCs going from here, though. Both believe certain parts of the PC market could excel going forward, especially as smartphones and tablets continue to stagnate, but the latter is more bullish on the PC reaching a point of stabilization, instead of continuing its freefall.

In either case, it’s hard to say the PC is dead. There are still some tasks a mobile device simply cannot do as well, and PCs themselves are becoming more and more tablet-like. But as the multitude of computers in our lives give people less incentive to upgrade, the days of big growth seem to be fading away.