Microsoft is bringing its Edge browser to Android and iOS 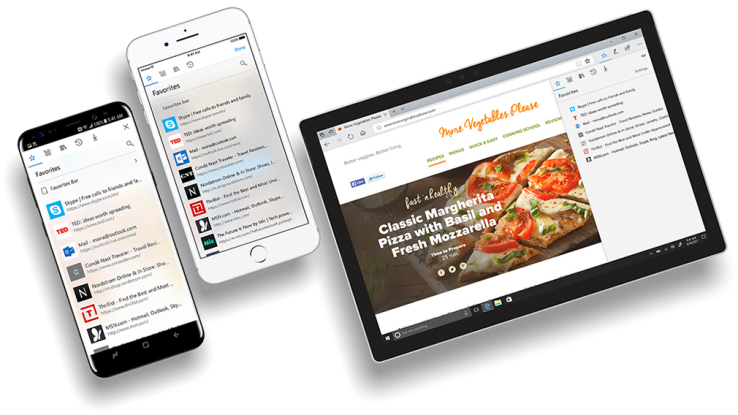 While Microsoft is still officially working on the mobile version of Windows 10, it’s no secret that the company has all but given up on building its own mobile ecosystem. That only leaves Microsoft with one option: concede defeat and bring its applications to the likes of Android and iOS. That’s exactly what the company has been doing for the last few years and today the company announced that its Edge browser (the successor to the much — and often justly — maligned Internet Explorer) will soon come to iOS and Android, too. The company is also graduating its Arrow Launcher for Android and renaming it to Microsoft Launcher.

Even though Microsoft basically doesn’t play in the mobile OS and hardware space anymore, it still needs to have a presence on rival platforms if it doesn’t want to risk losing its relevancy on the desktop, too. Edge and the Microsoft Launcher are both key to this strategy because they’ll help the company extend the Microsoft Graph even further. The Graph is Microsoft’s cross-platform system for allowing you to sync the state of your work and documents across devices and the company sees it as key to the future of Windows.

It’s no surprise then that this new version of Edge promises to make it easier to connect your PC and mobile device, with easy syncing of your browser sessions and other features.

For now, though, Edge for iOS and Android remain previews that you can sign up for here. The Android version will be available as a beta in the Google Play store soon and the iOS version will be made available through Testflight in the near future, too.

It’s worth noting that Microsoft won’t bring its own rendering engine to these platforms. Instead, it’ll rely on WebKit on iOS and the Blink engine on Android (and not the Android WebView control). On Android, this means that Microsoft is now actually shipping its own version of the Blink engine inside its app — and that’s not something we expected to hear anytime soon.

As for the launcher, it’s worth noting that it’s actually a quite capable Android launcher that nicely integrates with all of the Google apps you probably use every day (calendar, Gmail, etc.). Microsoft’s version of the Google Feed, that left-most home screen on your Android device, is actually quite useful, too, and puts your calendar and other info front and center, whereas Google now uses it for a general news feed.