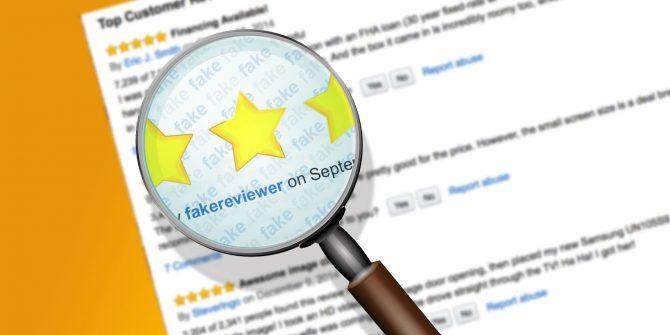 It’s a common scenario: A consumer visits Amazon or some other giant e-commerce marketplace looking for a new pair of headphones or a wireless speaker or some other piece of tech. They know what they want, but not exactly what they want, so they take a look at product reviews to help make their decision.

It seems like a pretty egalitarian process, but a new investigation by a British consumer education group, called Which?, found a lot of tech categories on Amazon are flooded with products from virtually unknown brands, all boosted by product reviews that appear to be fake.The Which? investigation dug into the lineup of cameras, smart watches, headphones, fitness trackers and other small tech items offered on Amazon and unearthed some fishy details:

Fake reviews are a big problem for basically any online marketplace or service that relies on them to create a consumer-driven decision experience. E-commerce giants like Alibaba have had to create solutions for fake reviews that disproportionately push products into buyers’ recommendations. Sites like Yelp and TripAdvisor sometimes run into a slightly different issue when reviews are skewed by targeted campaigns designed to hurt a business. So the reviews aren’t necessarily fake or artificially generated, they’re just made in bad faith.

As for Amazon’s review problem, which goes far past tech products, the fakery can happen a few different ways: Some of the reviews are artificially generated or repeated, Others are planted there by paid reviewers.

The company told “We have clear participation guidelines for both reviewers and selling partners and we suspend, ban, and take legal action on those who violate our policies.”