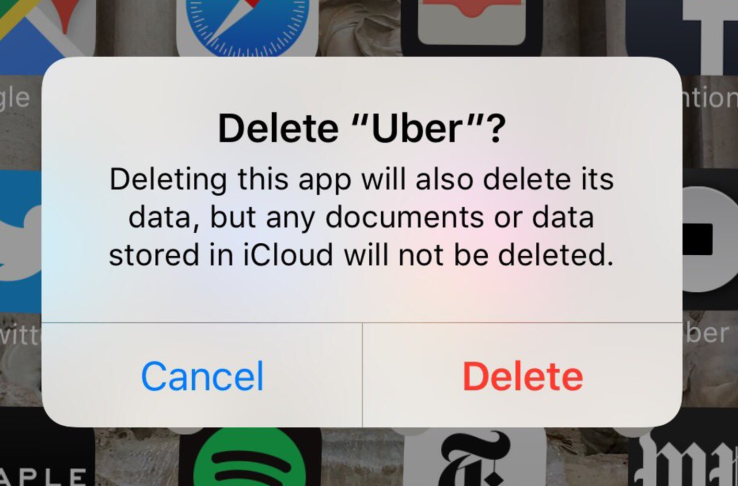 Lyft’s app has surged in the App Store thanks to the “Delete Uber” campaign which took place via social media over the weekend. People were angry that Uber appeared to be taking advantage of a taxi strike at JFK in order to promote its car-hailing service. The company had tweeted that surge pricing at JFK had been switched off, shortly after the NY Taxi Workers Alliance called for a stop on pickups at the airport in response to what they said was the “inhumane, unconstitutional ban of Muslim refugees and travelers.”

The Taxi Workers Alliance had asked all drivers, Uber included, to not pick up at JFK on Saturday, January 28th from 6 PM to 7 PM as a means of protesting Trump’s immigration and refugee ban.

“We cannot be silent. We go to work to welcome people to a land that once welcomed us,” the taxi union had written on Twitter.

Lyft flies up the Top Charts

Uber’s response, which informed customers it had switched off surge pricing at JFK, was seen as an attempt to undercut the strike while also taking advantage of the situation to promote its own app. People said it was turning Uber drivers into scabs.

The company denied this was the case, saying that the tweet was only meant to tell customers they could use Uber to get to and from JFK at normal rates, despite the protests.

Often, Uber has been accused of jacking up its rates when users needed its help the most, like during snowstorms or after hurricanes, and other times where there’s high demand and not many options, like New Year’s Eve. In other words, the tweet was meant to be its way of saying that it wouldn’t take advantage of the situation at JFK in a similar way.

But Uber’s apology came too late for many customers, who weren’t just angry about the tweet, but also the fact that it continued operating during the taxi strike, despite being asked to join in.

A social media campaign on Twitter, promoted via the #DeleteUber hashtag, saw users calling out Uber for its actions, as well as Uber CEO Travis Kalanick for serving as an economic advisor to President Trump . Customers also posted screenshots of the message that appears when you delete an app from your phone, asking you to confirm the action.

A number of Hollywood celebrities helped to spread the #DeleteUber campaign on Twitter, which helped the movement gain traction. The hashtag became the number one trend in the U.S. by Saturday night.

Many who tweeted said they were throwing their support towards Lyft, as a result. Lyft had just come out against the travel ban by pledging to donate $1 million to the ACLU.

Kalanick quickly responded to the situation with strong words against the Trump administration’s travel ban, which he called “wrong and unjust.” The company also said it would create a $3 million defense fund to help cover legal, immigration and translation costs for drivers affected by the ban.

But the gesture of goodwill may have arrived too late for those who had already made up their minds to abandon Uber. As a result, Lyft has soared in the App Store’s charts.

Chart rankings are determined by a combination of downloads and velocity, indicating that Lyft’s climb was a direct result of this social media campaign.

Lyft had started Saturday with a #39 ranking in the Free apps charts for iPhone. By the end of the weekend, however, it had shot up to #7.

And, as of the time of writing, Lyft has climbed one more spot higher, and now ranks at the #6 free app on the iPhone App Store, ahead of YouTube, Messenger, Facebook, Google Maps, Netflix, Spotify, Pinterest, Amazon, Twitter, Pandora, and yes, Uber (now, #13).

This bump is a notable achievement for Lyft, which tends to rank in the top 50 or lower at times, in the Free apps category.

It’s unclear how long Lyft will hold this top spot, but the campaign’s momentum has not yet died down. Actress Susan Sarandon this morning joined in, for example.

The irony, of course, is that Uber has now committed $3 million to its driver defense fund, while Lyft pledged a lesser amount ($1 million) to the ACLU, which will be spread out over four years. But this sort of social media movement isn’t necessarily about the bottom line of dollars and cents, it’s about how a company is perceived.

For Uber, the single, misguided tweet along with Kalanick’s role within the Trump organization may continue to impact its U.S. business in the weeks ahead. The lesson for other companies is clear: no business is going to be able to ride out the Trump years without being held accountable for their actions or inaction.