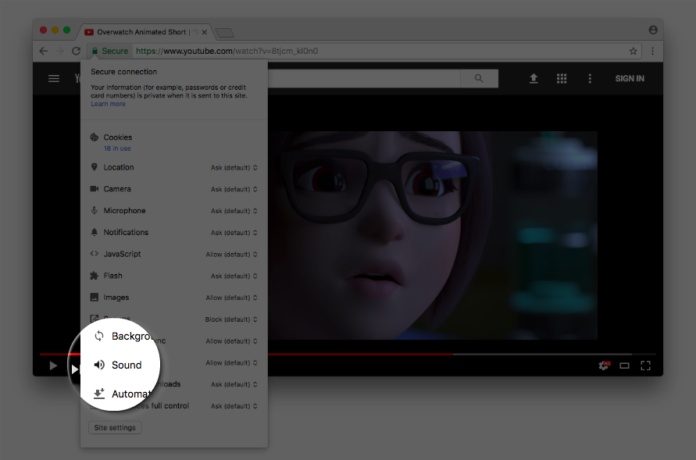 Tech company Google is working on its Chrome platform to make it more user-friendly. The company is developing an option to keep websites muted. The feature is currently in testing phase and will roll out to users across the globe in the near future.

Google Chrome already has the options to mute a tab. However, the mute option becomes undone when users leave the site— meaning if a user revisits the website it will not be in muted setting and he/she will have to again mute the website. But with this new update coming soon, it will mute the website until and unless users themselves don’t unmute it.

The feature which will allow users to mute a website permanently is being tested within the Canary branch of Chrome as of now.

The news was announced by François Beaufort, a member of Google’s Chrome development team, he said: “The Chrome team is currently experimenting with a setting to mute/unmute a website directly from the Page Info bubble.This will give you more control about which website is allowed to throw sound at you automatically.”

Aside from the above-mentioned news, the company is also reportedly working on smart headphones named as “Bisto”. The upcoming smart headphones would let users hear the notification and give an option to reply to notifications using your voice. Additionally, Google is planning to launch data-friendly version of its search app for mobile for users who have a bad or slow internet connection and also who have smartphones with less internal storage capacity.