From dads to startup founders — meet the duo behind SocialJudo, a new teen monitoring app 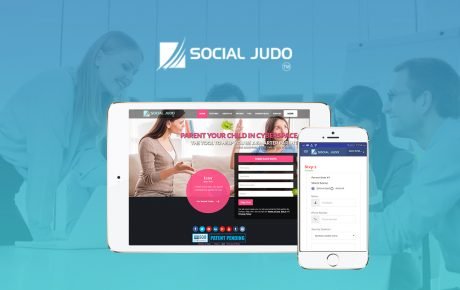 Ken Smith and Dr. Matthew Phillips were standing on the sidelines of their 16-year-old sons’ lacrosse game when they both noticed the same thing — every one of the teens in the stands was looking down at their phones instead of at the action in front of them.

The moment made clear to both of them just how addicted kids were to their phones. And it served as a kind of inspiration for SocialJudo, a smartphone monitoring app the duo created and recently launched.

Both Smith and Philips had both heard the horror stories about teens and their smartphones. From the moment kids receive their first phones, they face threats including cyber-bullying, distracted driving, and sexual predators.

The two dad had each separately looked at the options for monitoring their teens’ smartphones, but neither was impressed. The typical monitoring methods and apps involved breaking into teens’ phones and going through all their data. Neither Smith nor Philips wanted to spy on his kid; each thought that looking at his kid’s texts was akin to rummaging through his bedroom drawers.

So they set out to create an alternative and sketched out what they as fathers wanted from a smartphone monitoring app. The result is SocialJudo, an app parents install on their kids’ phones.

The app logs kids’ texts and calls, and allows their parents to monitor their activity on social apps like Instagram, Snapchat and WhatsApp. Parents can also configure SocialJudo to alert them when it sees certain phrases or their their kids access particular websites.

The app was launched June 1 and has over 200 families using it.

SocialJudo recognizes some 50,000 slang terms for different behaviors like pot smoking or sex. Parents can set the app to send them alerts whenever their child receives or sends a text with one of the flagged terms. Parents can then view the texts in the SocialJudo app on their phones.

The app also allows parents to track their kid’s location and to set up geofences that alert them when their kid goes into an area they’ve labeled off limits.

Before SocialJudo, neither Smith nor Phillips had ever developed an app. Philips is a brain surgeon, and Smith works with RFID technology in cars.

“It’s felt like the biggest, longest, fastest roller coaster ride without a seatbelt,” said Phillips of the journey so far.

While other startups grow with an eye on the bottom line, Smith and Phillips are trying to stay focused on the needs of parents.

Both of their sons got a driving permit recently and each quickly started asking to borrow a car. That got Phillips and Smith thinking about adding new capabilities to SocialJudo. They now have in development a texting-and-driving feature that will automatically mute all calls (except for the ones from Mom and Dad, of course) and send an auto reply to any incoming text messages.