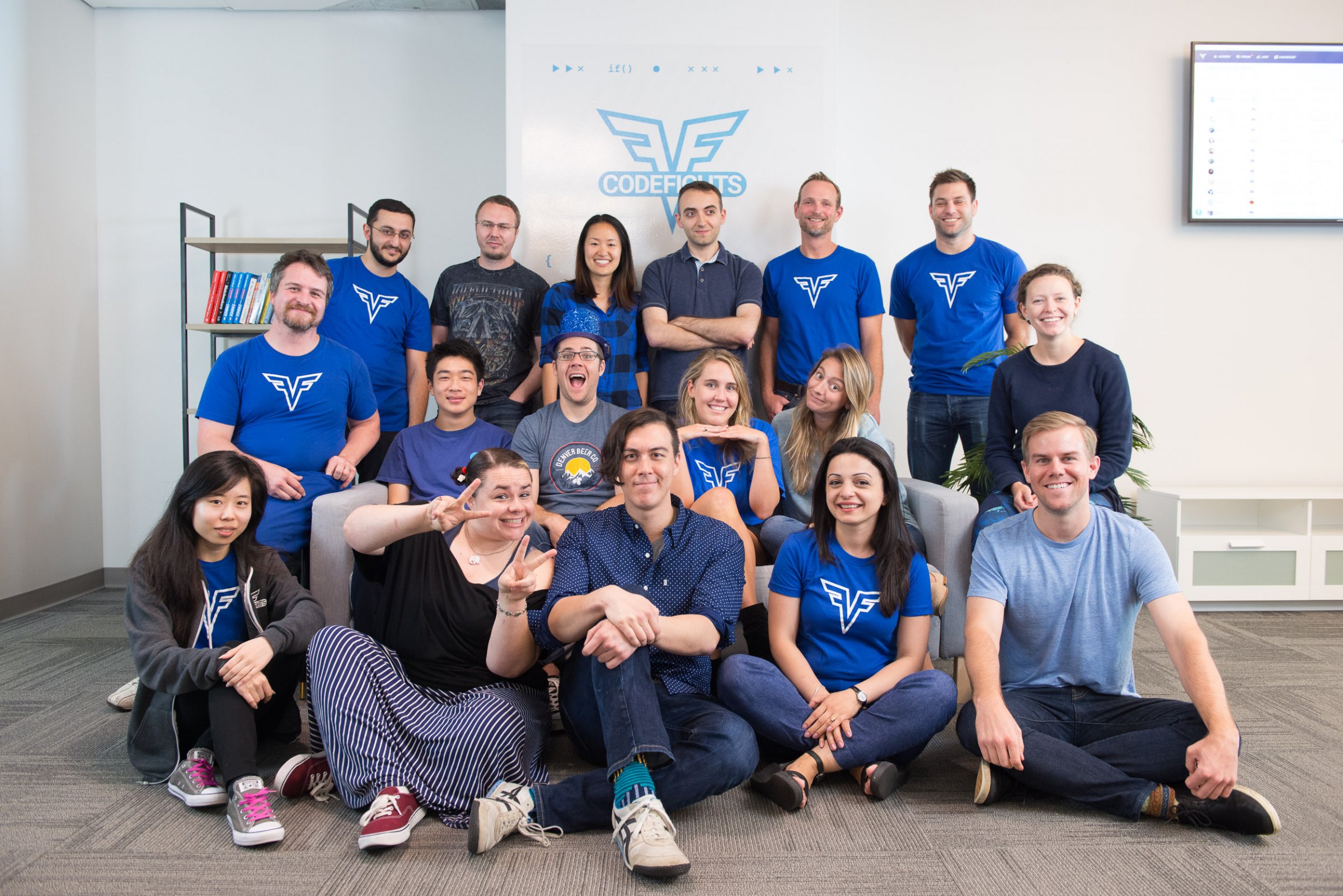 You don’t need an Ivy League education, a degree from one of the top college engineering programs, or work experience at one of the big tech companies to be a great coder.

But hiring managers still frequently use such markers to identify and evaluate job candidates.

CodeFights is hoping to change that. The startup, whose website helps programmers to improve their skills by offering them coding challenges, has developed a new system designed to help recruiters evaluate job candidates based on the candidates’ skills rather than on what they’ve listed on their résumés.

“What the recruiting industry is still doing is using pedigree as a proxy for skill,” said Tigran Sloyan, CodeFights’ CEO. But, he continued, “Engineers are no longer coming from top schools and top companies.”
Fighting bias

For the past two years, CodeFights, which was founded by former Google and Oracle engineers, has been helping companies recruit new employees by screening programmers who came to its site to practice their coding. After seeing how well CodeFights’ site worked for finding talented engineers, the company’s partners, which include Uber, Asana, and Evernote, urged CodeFights to create tools they could use internally to screen job candidates.

The result is CodeFightsR. The system helps companies evaluate job applicants based on their programming skills. Companies can use CodeFights R to send applicants a programming test. The system assesses candidates’ skill levels based on how they do on the test. Hiring managers can then look at applicants’ scores to figure out which ones to bring in for an interview.

The system is designed to evaluate candidates objectively, rather than having assessments clouded by conscious or unconscious biases. CodeFightsR can point hiring managers to candidates who actually have the skills they’re looking for, regardless of their gender or race or the school they graduated from.

“Biases mainly kick in because of people’s lack of real data, said Sloyan. “They go off of proxies to decide if someone can do what they want or not.” 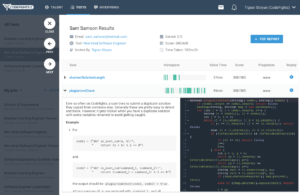 But companies can also use CodeFightsR to find additional job candidates, not just screen existing ones.

Companies can use the CodeFightsR system to design programming bots and list them on CodeFights’ public website. Programmers who visit CodeFights’ site can play against the bots as a way of testing their skills. If they do well against a particular company’s bot, they’ll get a prompt asking if they are interested in job opportunities at that company. So, the system helps companies find qualified candidates who might not otherwise have gone through a formal application process.

“Companies see the shift,” said Sloyan. “When you realize that instead of looking at someone’s resume and looking for keywords you can actually know this person is a great Java engineer or Android engineer without even having ever talked to them, it’s a transformation in (the company’s) eyes.”

CodeFights has designed CodeFightsR to help companies out even as they get closer to hiring particular candidates.

In later stages of the hiring process, companies typically ask programmer candidates to complete a coding test with a recruiter, usually in Google Docs. But because Google Docs is formatted for plain text, not software code, it’s not ideal for demonstrating coding skills, Sloyan said.

Companies can also use CodeFightsR to figure out how to improve their hiring process. The system offers automated feedback on companies’ hiring processes. For example, it can alert a company if two of its interviewers gave a candidate wildly different evaluations. Or it can notify companies if the questions they’re asking candidates don’t seem particular relevant to the jobs for which they’re applying.

In the CodeFights office, visitors can see what the company calls its “wall of fame.” It’s comprised of the stories of coders who were hired after being discovered on CodeFights’ website.

The wall is supposed “remind ourselves that what we do matters,” said Sloyan.

CodeFights hopes the new set of recruiting tools will help it add many more stories to the wall.