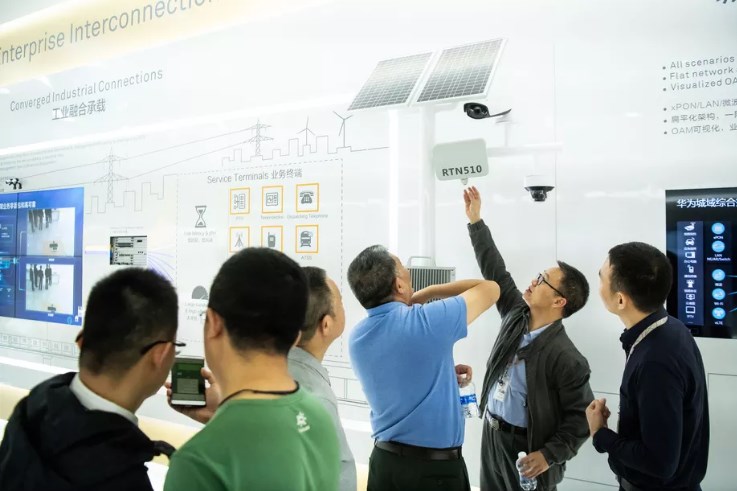 Chinese tech workers are protesting long work hours, and they’ve taken the fight to GitHub. If you checked GitHub’s trending list in recent days, you may have seen a repository called 996.ICU — a reference to working from 9AM to 9PM for six days a week, then being sent to an intensive care unit for exhaustion. Instead of code, the repository holds a collection of workplace grievances against China’s biggest and most well-known tech companies, including Alibaba, Huawei, Bytedance, DJI, and others.

The original anonymous developer first posted the project on the Chinese social platform V2EX, saying that such an intense work schedule kept them from “resting and having time to speak to family members.”

Anyone can contribute to the repository, although the lists are meant for Chinese workers. To get a submission accepted, people are supposed to present evidence, often in the form of social media posts or news articles, but sometimes including internal evidence within the company. The developers of the repository warn users not to screenshot companies’ internal data directly, but to use screen capture, so as to avoid detection a bit better. They also offer anyone who believes a company has been incorrectly accused a chance to correct or delete the data. The repository has blown up in popularity in recent days, spawning translated versions in English, Hindi, Spanish, Russian, Irish Gaelic, Persian, and other languages.

Chinese developers say Huawei encourages workers to voluntarily give up paid leave, overtime pay, and parental leave in exchange for large annual bonuses, pointing to a 2010 Chinese news article as evidence. The article also mentioned an employee who died in 2006 due to fatigue from overwork and two employees who committed suicide in 2008 from “unbearable pressure.” Since then, Huawei has reined in excessive overtime to some extent, according to the report, although the story is vague on how. Huawei did not respond to comment by press time.

As one internet user, Liu Xuan, put it on the Chinese question and answer site Zhihu, “In the eyes of some bosses, hiring an employee is like buying a machine — they wish we could work 24 hours a day, skipping bathroom breaks.” Four hundred and sixty-five users agreed with Liu’s answer.


WORKERS AT ANT FINANCIAL ARE REPORTEDLY “TREATED LIKE ANTS

Similarly, developers accuse Alibaba of promoting a work culture where workers voluntarily put in 996 hours. Although “the company has never forced anyone to work overtime,” everyone willingly does so in a competitive environment where compensation is high, according to a 2018 news post. A note on the repository reads, “After seeing these horrible numbers from Alibaba’s overtime work culture, you’ll also quit!” A worker who identified themselves as having worked for Ant Financial, an affiliate of Alibaba that makes the payment platform Alipay, said wryly “Workers here are really treated like ants.” Alibaba declined to comment for this story.

It’s unclear who made the decision to track the complaints in GitHub, but it offers a unique level of privacy and censorship resistance to vulnerable workers. The site is a pivotal resource for tech companies in the US and China alike, providing access to a wealth of open-source code to build on. As a result, any effort to block the site could harm employers far more than employees. In 2013, when GitHub was blocked for several days, former head of Google’s Chinese operations Kai-Fu Lee came out to criticize the censorship, saying in a since-deleted Weibo post, “blocking GitHub is unjustifiable, and will only derail the nation’s programmers from the world, while bringing about a loss in competitiveness and insight.”

If 996.ICU were to be taken down, users can easily make backup copies of the repository beforehand. And even if GitHub is somehow censored, users can turn to similar services such as GitLab, says security researcher Victor Gevers, who works for the nonprofit organization GDI and has previously uncovered several Chinese databases. It’s also likely that GitHub will simply comply with any requests from the Chinese government.

“Github is owned by Microsoft. One little complaint from the Chinese government and that repository will disappear very quickly as Microsoft will do anything to keep the business relationship good,” says Gevers. Microsoft continues to operate in China and censors search results on its search engine Bing, in order to comply with local laws. GitHub did not respond to comment.


DEVELOPERS ARE ACCUSING THESE TECH COMPANIES OF ILLEGAL ACTIVITY

China’s labor laws specify that employees shouldn’t work more than three hours of overtime per day and no more than 36 hours of overtime per month. Employees should also be getting 150 percent of their usual wages for worked overtime hours, 200 percent of their pay for working a day off without getting a comp day in return, and 300 percent of their pay for working a national holiday, such as New Year’s Day. Developers are accusing these tech companies of illegal activity, saying that they rarely get paid the overtime wages the law has specified.

Still, there are loopholes around those labor laws for those tech companies, says Mary Gallagher, a political science professor and director of the Lieberthal-Rogel Center for Chinese Studies at the University of Michigan. Under local regulations or by employers’ digression, employees could be classified as either part of the standard system included in China’s labor laws, or as excluded employees who work seasonally or in white collar jobs where overtime hours aren’t calculated. Gallagher explained, “Localities and employers can abuse the classification system in tech, for example, by classifying even lower level workers as “senior managers.” Then they will work a lot of overtime without additional compensation.”

Workers in China are usually unprotected by unions, as the official trade union is overseen by the Chinese Communist Party and often plays a passive role in helping workers defend their rights. Still, tech employees have voiced their concerns before and Chinese labor advocates have found it difficult to help them, given that most of the overtime work is often done voluntarily.


IF THEY DO NOT PUT IN THE HOURS, THEY CAN EASILY JUST BE LAID OFF.

“The tech industry in China is very stressful, employees put in long hours and is highly competitive,” says China Labor Watch’s executive director Li Qiang. He elaborates: “Previously, we received some complaints from employees at tech companies. However, it was difficult to provide assistance, as their wages are actually much higher than the minimum wage standard and they willingly put in overtime hours due to the competitive environment. If they do not put in the hours, they can easily just be laid off. (Their contracts may state that if the employee doesn’t meet a performance target, they’d be laid off).”

Long hours in competitive work environments isn’t a problem that’s specific to Chinese developers, and neither are they as extreme as some of the horror stories that have come out about the mistreatment of factory workers in China and abroad.

Unfortunately, even after documenting all of the work injustices and potential violations to China’s labor laws, tech workers may face significant challenges to exacting change. Gallagher points to China’s economic woes and general inertia when it comes to legal reform. “I think with the economic slowdown, the government has little appetite for appeasing workers,” she says. “Tech workers will probably have even more difficulty than manufacturing workers sustaining a collective effort at protests — they are more likely to just move with their feet and find a different firm with higher pay.”

Indeed, there’s already a list detailing companies that offer fairer work hours. It’s currently the third trending repository on GitHub and it’s called 955.WLB, a reference to 9AM to 5PM work hours, five days a week for a healthy work-life balance. Companies that have been included on the healthy work-life balance list include WeWork, Google, Microsoft, Intel, IBM, and HP, which all have offices in Shanghai, where the list creator is based. Many of these are notably foreign companies, but several Chinese companies make the list, including Douban (a social media network likened to Pinterest). As the developers put it, the list is “designed to allow more people to flee 996 and join the ranks of 955.”